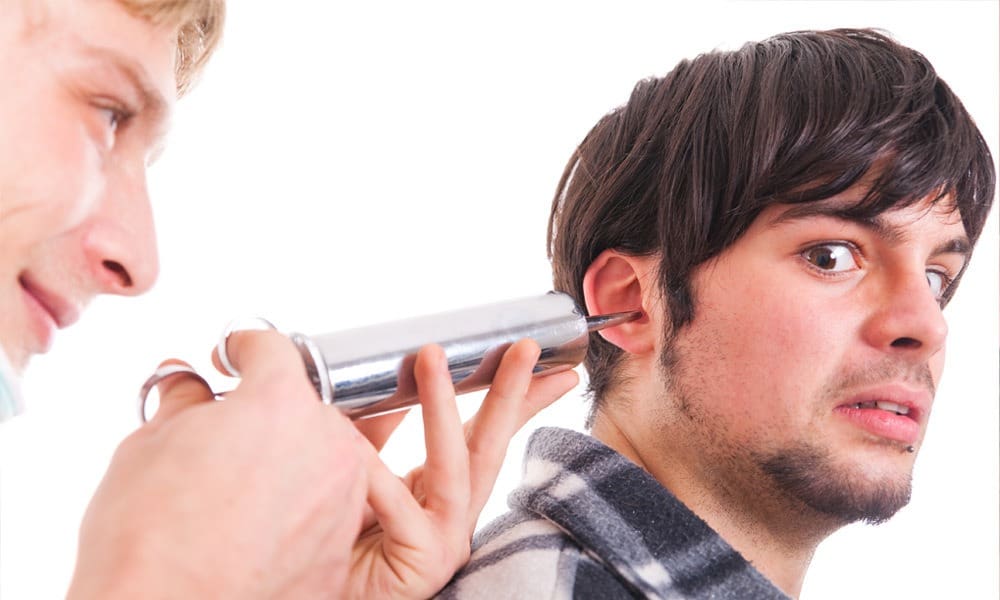 One of the most common and enduring misconceptions in audiology is the idea of ‘ear syringing’: while once a widespread practice, it has since been superseded by the far safer and more controlled ear irrigation. So, what’s the difference and why does syringing remain most people’s point of reference?

Traditionally, syringing involves spraying water directly into the ear in order to loosen and flush out impacted wax. Irrigation, meanwhile, aims for a similar conclusion but in a much more controlled manner.

Syringes can potentially cause perforations to the tympanic membrane (eardrum) due to excess water pressure. Meanwhile, ear irrigation employs a specialised electronic tool – snappily titled an ear irrigator – which controls and maintains both the flow and temperature for a far more precise procedure. In addition, the device aims for the wall of the ear rather than straight into it so as to avoid the eardrum as much as possible.

Why, then, do so many people look for syringing?

The History of Syringing

Perhaps the main reason is that syringing has a much more storied and ancient history; indeed, according to certain sources, it’s been part of our collective human consciousness for over 2000 years.

In Ancient Rome, syringes with a piston (called ‘Clyster Oricularius’) had been in use for centuries according to Philon of Byzantium in 230BC. As a treatment for blocked ears using rose water, Celsus mentions it numerous times in his magnum opus ‘De Medicina’ (‘of Medicine’) from the 1st century AD.

Over time, however, syringes became unpopular and fell from use until the early 19th century. Yet as a device for medical practices, syringes were never truly made obsolete. Bowel and clyster (enema) irrigations with bag-type syringes (typically made from the bladder of animals) have been employed throughout the centuries. Similarly, piston syringes have also been used by barbers and surgeons to cleanse wounds and irrigate cavities in the body since time immemorial.

Modern Use and Obsolescence

Widespread use continued unabated all the way up to the turn of the 21st century. Amazingly, it wasn’t until 2020 that the NHS in England decided that it was no longer fit for purpose and had been overtaken by the safer, more accurate electronic irrigators and indeed microsuction. You can read about the latter here.

It is for these reasons that we at Hear4U strongly recommend modern ear irrigation rather than its more antiquated counterpart. Fascinating as the history is, it’s perhaps better to leave it where it belongs – in the past!

The Hearing Divide: Are Men More Likely To Experience Hearing Loss Than Women?